From Nubiana, With Love 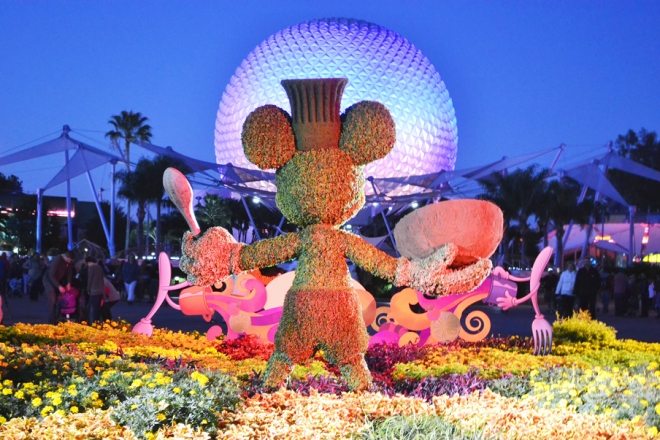 Each year, Epcot holds their infamous International Food & Wine Festival (presented by Chase). Each year, I drool over the menus and make plans to go…but never do. Until this year! One of my close friends (Maria) and I decided to go after midterms. Being a Noob at it, there are definitely things I will do differently next year, and a lot of take away lessons. Today I’m going to share my experience with everyone, from the usual “what to wear?” dilemma to what I will be doing differently next year. 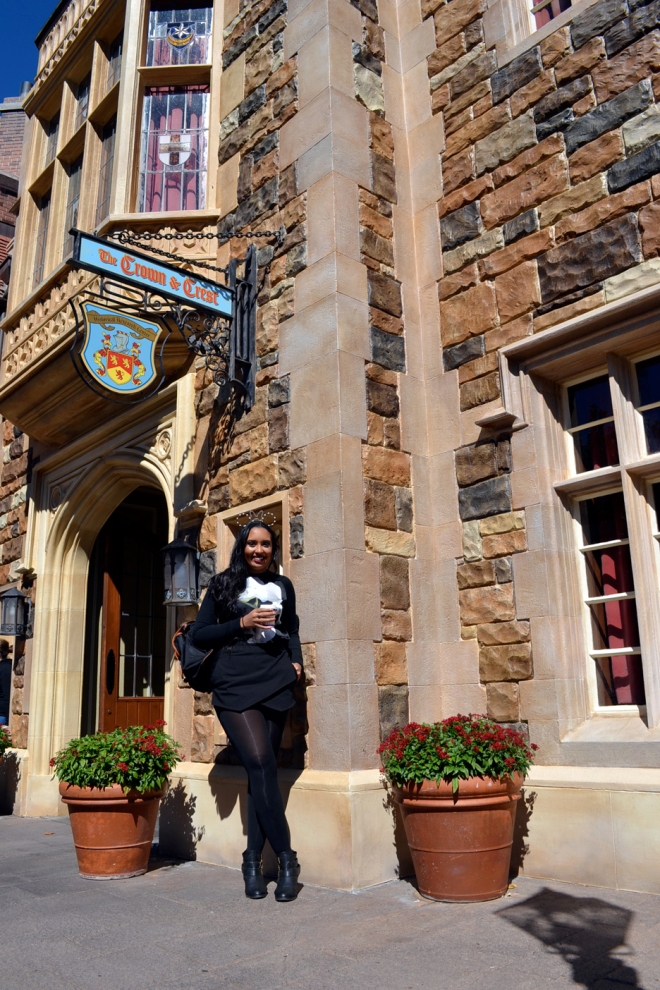 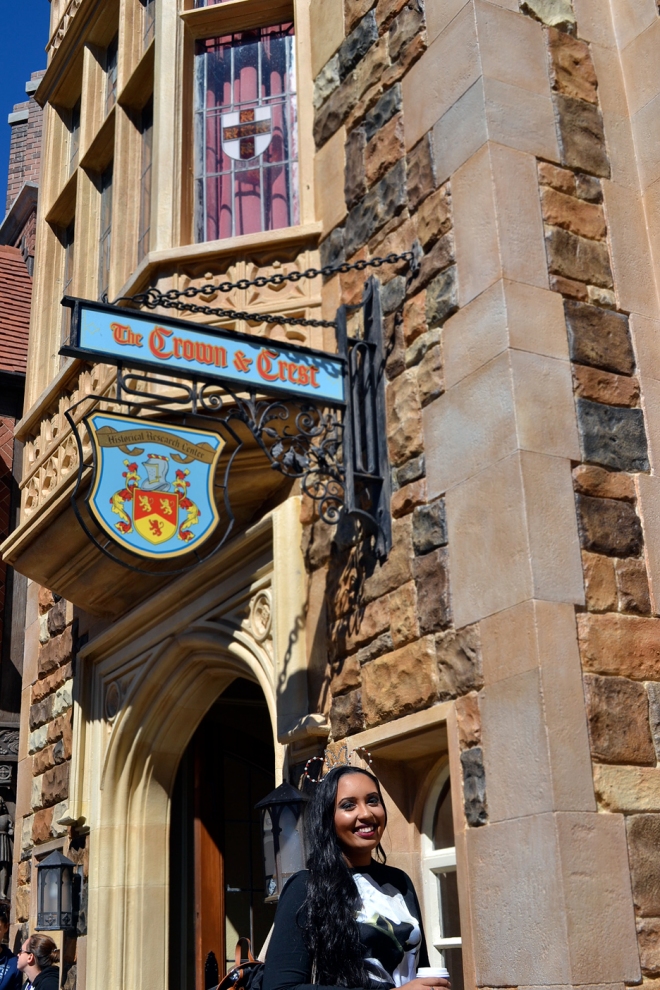 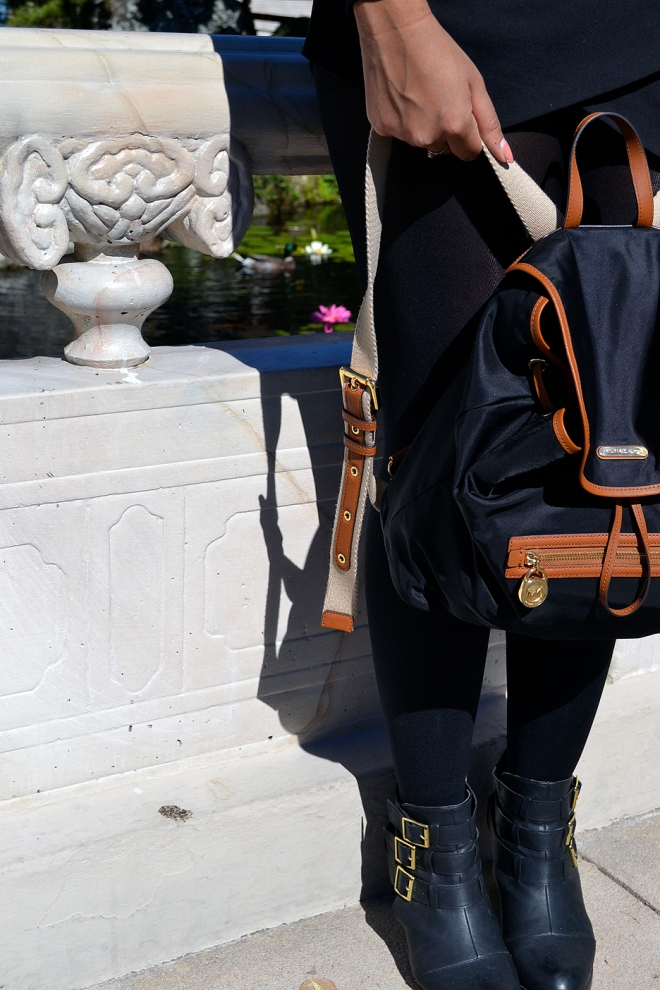 Part I: The Outfit
I don’t know about you, but every time I plan a trip to Disney, I begin with dressing the part. I always have a pair of ears on with an outfit to match. Obviously, the ears are the most important component. 😉 I honestly have no idea where the ears I had on during this most recent trip are from, they were gifted to me by a friend, but the parks usually have a cute selection of Minnie ears. There are also lovely people on Etsy and Instagram that make custom Disney ears. When I was younger, I generally wore athletic clothes to the parks, but this time I knew I wanted to take photos that I (actually) want to keep for years, so I’ve stepped up my game. Maria and I picked the perfect day to go; it was around 68 degrees and windy, which is weather Florida normally doesn’t experience until January. I mixed summer and fall pieces and wore my favorite ankle booties. (Just a heads up, my ankle booties were well broken-in before venturing off to Disney in them. There is no way I would had survived without breaking them in!) I selected a mostly black outfit because it would warm me up in the sun and help sustain my body heat whenever there was a huge gust of wind. I also packed a pashmina scarf and pair of gloves in my little backpack so I wouldn’t catch a cold when the sun went down.
Sweater: Altuzarra for Target | Skort: Express | Ankle booties: Target (similar)

Part II: The Game Plan
Maria and I practically studied the Food & Wine festival map (instead of studying what we were supposed to be learning). We didn’t really know where to start, because we wanted to try everything. The only things we definitely wanted were coffee/tea and cronuts (technically “croissant doughnuts”). We decided to wait until we got to Epcot to decide which booths we wanted to stop at, which was actually a poor decision on our part. Just about everything looks and smells so good! Next year, I will save up my money to get a Disney seasonal pass so I can visit the festival three or four times. There’s absolutely no way to fit everything into one visit.

Part III: FOOD!
Out of the thirty-six options, here’s what I got:
Croissant Doughnut with Cinnamon Sugar from the Refreshment Port
Chai Tea Latte with Bailey’s from the Odyssey Coffee Cart
Lemongrass Chicken Curry (Gluten-free) from Singapore
Dogfish Head Craft Brewery, Punkin Ale (with the Craft Beer Snack Mix) from Craft Beers
Beef Empanada from Patagonia
Chicken Gyro with Tzatziki Sauce from Greece

It looks like a lot, but everything is the size of an appetizer and priced from $3.50-$7.50 (for the most part), so it actually wasn’t that bad. Overall, I was impressed with everything that I tried, but I should’ve tried something new instead of getting the chicken gyro; it tasted like all the other ones I’ve ever had. I was surprised that I liked the Punkin Ale beer, since I’m not a huge fan of beer in general. It complimented the snack mix quite nicely, and I really appreciated that all of the craft beers came with a snack mix. Another surprise was how much I enjoyed the beef empanada. I needed a snack, and was disappointed that there weren’t any chicken empanadas, but the beef was seasoned/cooked pretty well and I definitely had to restrain myself from having another one! 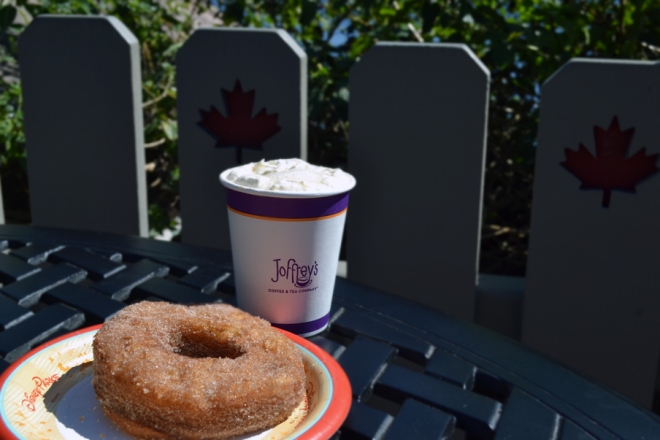 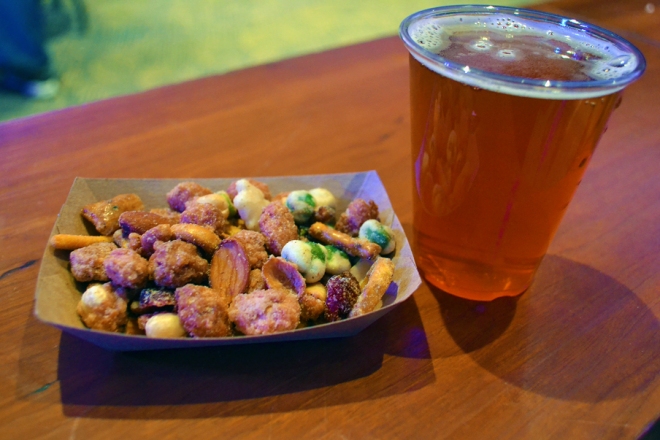 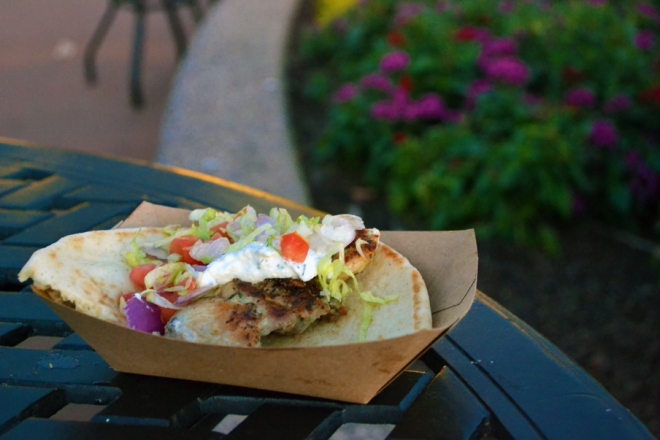 All in all, it was a great day, and I can now plan better for next year’s festival. I would also like to attend a culinary demonstration or wine/beverage seminar (yeah…it’s no secret that I LOVE food). I wish Disney sold some of these foods year round! So, loves…have you attended EPCOT’s International Food & Wine Festival this year? What were your favorites?

Sometimes you just need to have a Bridgerton theme
I’d like to thank all of the women hyping me up
swipe through for a food appreciation post ➡️
*Nicki Minaj voice* I took a couple... you know, I
Am I a Pinterest girl yet? . - - - - #chicstyle #s
baby frizz do do do do do 😬 . - - - - #honoryou
Follow on Instagram

Hi! My name is Nubiana. I’m a Trinidadian-American fashion, beauty, and lifestyle blogger showing you how to take the ordinary and make it extra. I would love for you to follow along with me on this journey! xo